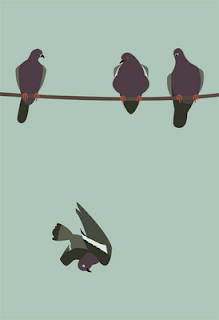 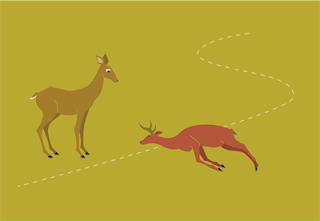 So I've decided to start a new series while putting the fashion one on the back burner. I just wasn't happy with it. This new series is really personal for me and is a metaphor for what I've experienced recently. The artistic influence is due to my recent fascination with Charley Harper....he's amazing and a fine draftsmen. Firstly, this series is based on the often unfortunate experiences in nature that I've seen; for example, this image was created based on what I saw while on the way to and from school. I saw a doe and her young buck grazing on the side of the road. While driving home less than an hour later, I saw the young buck dead, most likely hit by a car, with the animal control moving its body. It was quite sad.
Lately, I've "accumulated" many deaths. Many of whom were quite young when they died so unexpectedly...like my classmate. I've racked up a total of ten deaths this year so far. It's been surreal. Secondly, I'm creating these images based on the often untimely, and seemingly unfair way life is often stripped from us. It's just nature I guess.
Comments and suggestions always appreciated.
Posted by Anna See at 2:42 PM 1 comment: 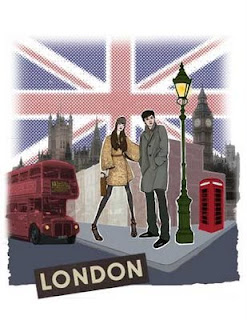 I'm trying a new fashion illustration style and I plan to do a series based on different cities. I'm keeping the final application in mind. This one is gonna be on a tote bag. More to come. Any suggestions are appreciated. Thanks!
Posted by Anna See at 5:49 PM 1 comment:

Starting my first art blog. Yay!
Posted by Anna See at 12:21 AM No comments: