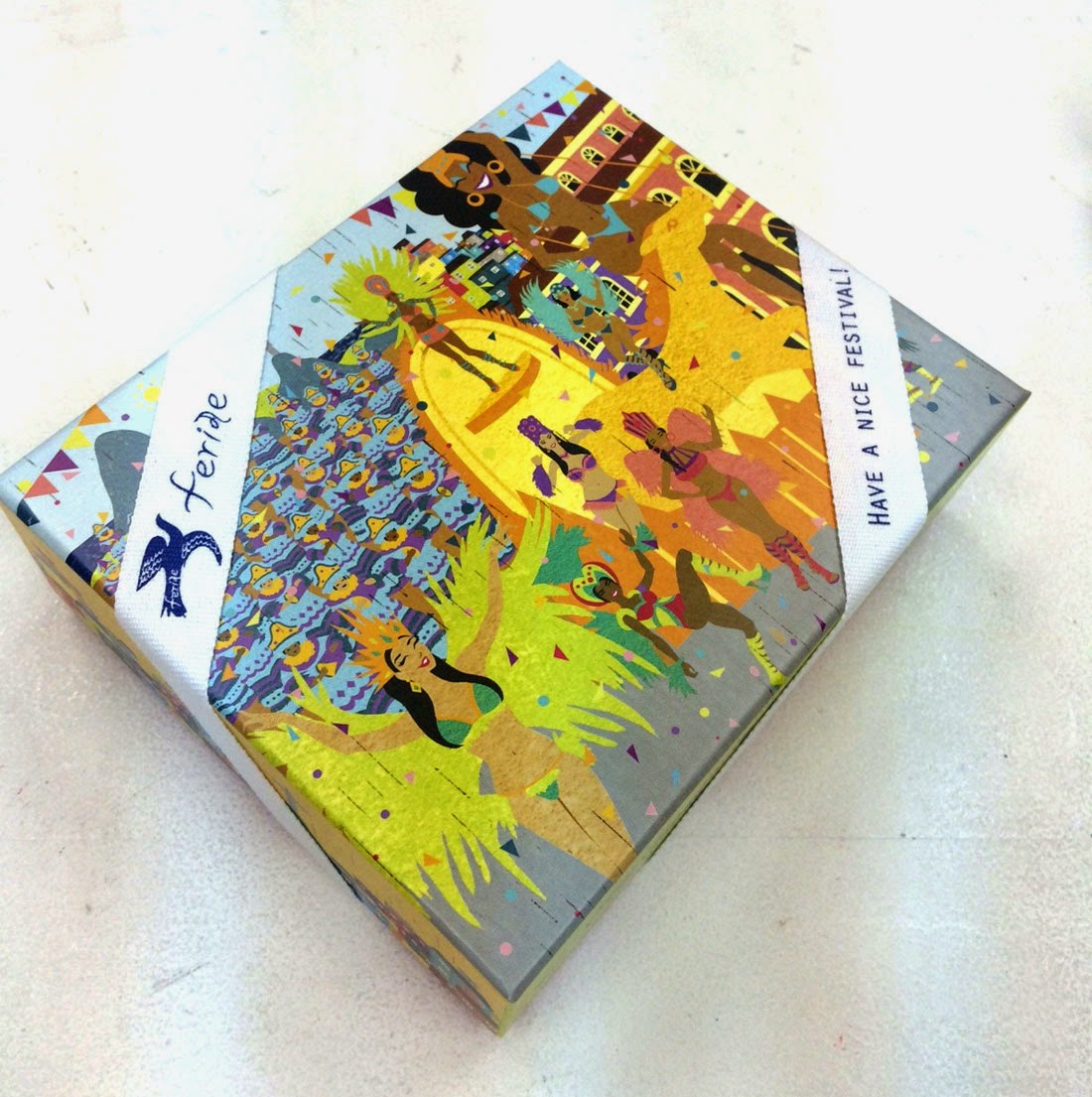 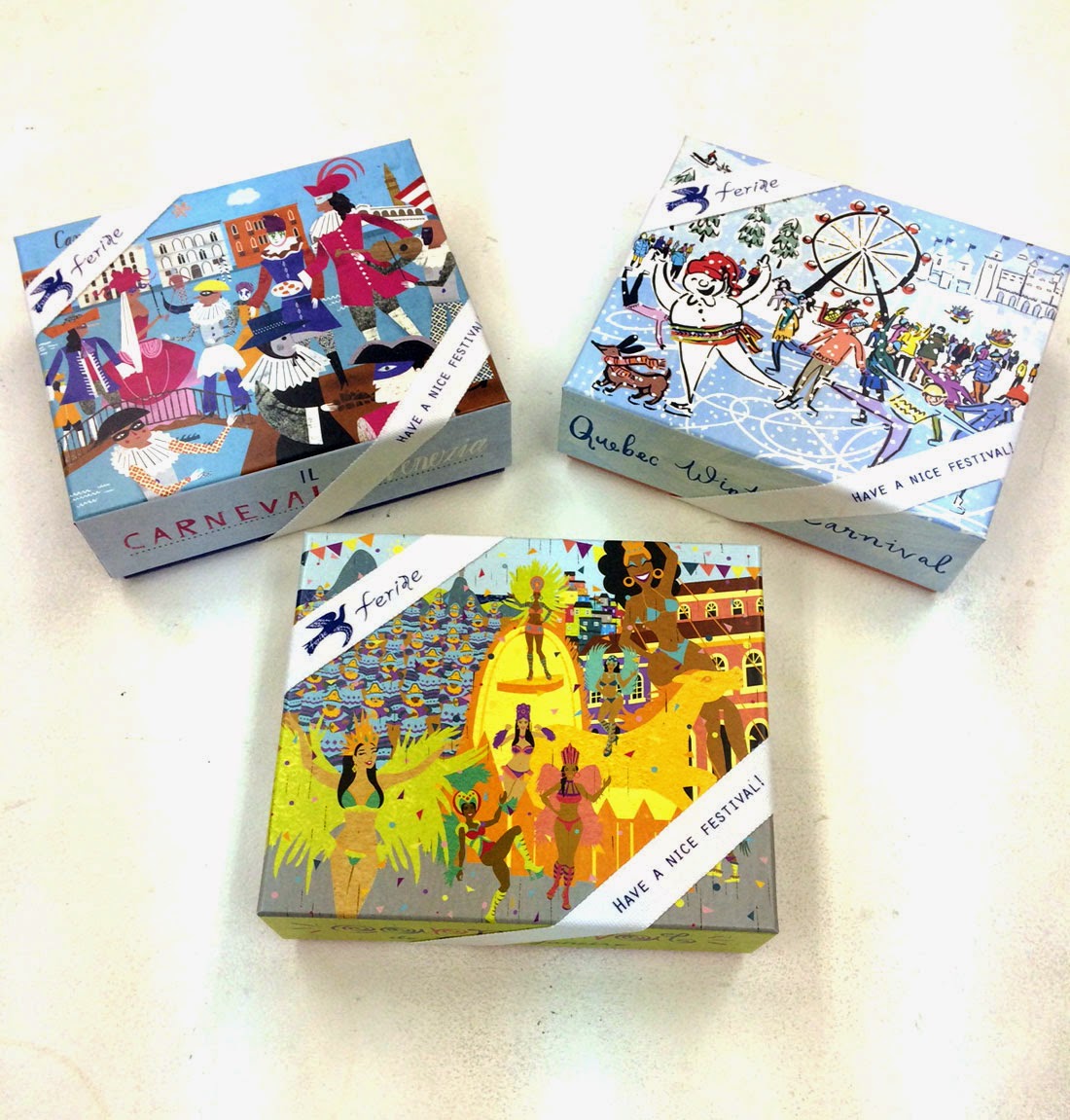 The last of 2014 Feriae Festival packages got released! My final theme was Rio De Janeiro Carnival, alongside the other talented artist's themes of Venice Carneval and Quebec Winter Carnival.

I am working on a new series with Feriae, which I am so lucky to be a part of still. I'm not sure what they have planned for 2014, but I was asked to design the Netherlands Tulip Festival, which I am working on now, for a new box dimension and package. Hopefully, I'll be able to continue working in the near future with the amazing Japanese team at Gas As Interface! The one I am currently working on will mark the 5th package I've done for them thus far, and could not be more thrilled!!! Fingers crossed, I'll get more fun projects like this in the future!